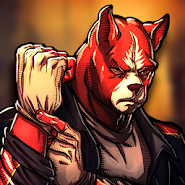 WarDogs: Red's Return is exciting action game for IOS where you will survive in a dangerous world. The game's plot is set in a world that survived the plague and the remnants of humanity continued to exist, people have come up to splice genes. People field experiments have changed beyond recognition in order to survive. Now the outskirts of cities has taken control of numerous bands and your task will be to resist them. You will take control of the protagonist, who has returned home after a long absence and found that his town is in chaos and madness. Manage a brave hero who single-handedly capable of destroying a variety of enemies using them against powerful and devastating blows. As the game progresses to improve and suck his hero, mastering the new techniques and supplying it with weapons. 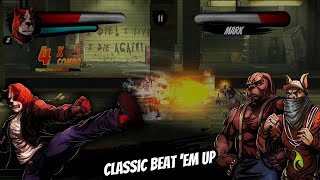