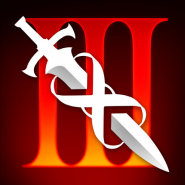 Infinity Blade 3 (Infinity Blade III) - continuation of the famous Saga. In the third part of the gameplay involved in parallel 2 player. It is worth noting that their upgrade goes separately, which significantly increases playing time. In addition, a powerful graphics engine makes the game more attractive and exciting. Carefully designed details, locations themselves have become more, well the plot represented the standard battle with Evil. 2 main characters - he (Siris) and she (Issa) must destroy the Keeper of secrets and his army. In this fight you can not hurt the real allies from around the world. Suck characters, search for clues and treasure maps, quests and earn exclusive items. 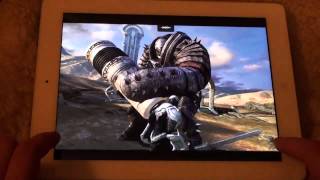 Comments to Infinity Blade 3 on iOS