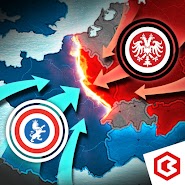 Supremacy 1914 - Become the commander of the army of any side during the First World War, which brought many participants of the battle to their knees! Recruit the bravest fighters into your ranks, but do not forget about ordinary people, let them also take part. Teach each ally to think correctly, handle weapons and never retreat, since not only the honor of your country is at stake, but also its component in terms of sacrifices or victories. Develop clear strategies and abide by signed agreements with other countries that will help you win.