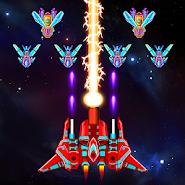 Galaxy Attack: Alien Shooter – scrolling shooter for Android where you will defend your planet from aliens. Aliens attack your land with the help of a powerful space ships and you do not what to do but to sit in your spaceship and fight back. Do incredible maneuvers and don't let the enemy cripple you. With each new level complexity of game will increase due to the number of alien ships. Take the battle for life and death because you are the only protection of the planet from invasion. During the game have the ability to upgrade your ship and unlock its powerful potential, aimed at the destruction of the enemy. In the game you will find several game modes and 64 levels and many missions and tasks. 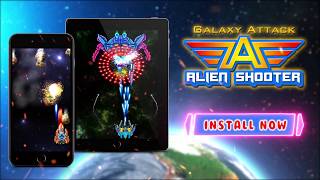