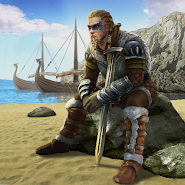 Frostborn - multiplayer online game characters made in the setting of Nordic myths. To start the game you have the role of a young but brave warrior, who has no soul for anything. Once in the game world you have to collect resources, find weapons and armor, and craft all sorts of objects, items, clothing, while not forgetting about the basic needs, food and water. Do not forget the developers and about the combat component, in addition to fighting in the passage of the company you will be able to fight in the arenas, both against AI and against real players. 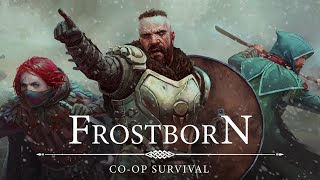 17.03.2021 - Mounts: horses, wolves and bears with various characteristics and useful perks
- Build a Horse Stall in your camp to gain Wild Horses
- Visit Stable in New Heim to exchange mounts from your collection for new ones - with different perks, appearances, and higher ranks
- New Mounts section in the in-game shop
- Trader in New Heim now has more variety of resources to trade
- Option to manually manage emotes for quick access menu
- Balance tweaks and fixes


Cache for Frostborn: unzip the folder to /Android/obb/
- path will look like this: /Android/obb/valhalla.survival.craft.z/
- install apk, launch the game!

1.03.2021 - New player class Druid
- 2 modes of exploration for the Sanctum of Odin of easy and standard difficulty
- Treasuries are now located in the above-ground area of the Sanctum
- A new panel for quick classes switch
- Significant balance changes of player classes
- A chance to receive bonus mastery points with donations in New Heim
- Various minor fixes and improvements

Comments to Frostborn on Android