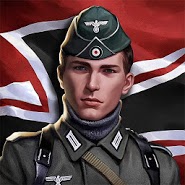 World War 2: Eastern Front 1942 - events in the game start in 1941, when the German army invaded the Soviet Union. Will you be able to change the course of the great war? You have to develop the right tactics to win! In the game you will be able to play for the great generals of the Second world war, among which Zhukov, Rommel, Guderian, Konev and many others. Use their unique tactics and characteristics of their troops in battle.