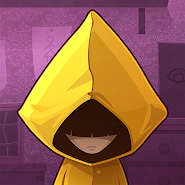 Very Little Nightmares - just like the older version, the mobile port has made a lot of noise! But is this project worth its price? Or the creators have decided to make money on a new franchise.

To begin with, let's evaluate the musical part of the game. For a reason we are asked to wear headphones at the beginning of the game for better immersion. You may download the soundtrack separately, but we liked it so much. The game has got new graphic style and only a landscape screen orientation, that is strange for such project. Immediately begs for comparison with the series of games "monument valley" only there was a screen with its own puzzles, here we will often change these same "screen" in the skips between locations. The gameplay was very controversial. From the older "Nightmares" the game had only the general idea. What is really interesting is that the game has a full Russian localization, but why? The game has no dialogues and you can easily pass the game without any knowledge of the language. The game itself is a collection of mini puzzles and only a little bit of action, if at the beginning the game tries to hold you with many tricks, then the end of the game very few people will see. The puzzles are too monotonous, although they are diluted with small elements of survival, where you have to make a quick "here and now" action. Fail to do it in time? Die and move to the last checkpoint, thankfully they occur quite often. If you pass the game with small breaks on other projects, "Very little nightmares" will seem to be a very good project, but not a masterpiece. The game is spoiled by monotonous tempo and very monotonous puzzles.

However, despite the disadvantages described above, we recommend everyone to get acquainted with the project. Perhaps this is what you've been looking for? 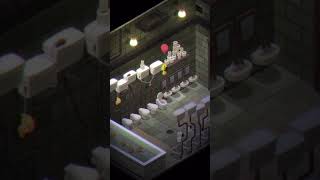 Cache for Very Little Nightmares: unzip the folder to /Android/obb/
- path will look like this: /Android/obb/eu.bandainamcoent.verylittlenightmares/
- install apk, launch the game!

5.02.2021 - Fixed problems when moving from one room to another
- Many other software bugs fixed

Cache for Very Little Nightmares: unzip the folder to /Android/obb/
- path will look like this: /Android/obb/eu.bandainamcoent.verylittlenightmares/
- install apk, launch the game!