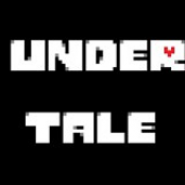 Another Many years ago there were only two races, it was people and monsters. However, at one point between them unleashed a terrible war in a long battle, the people still won the war, and imprisoned the monsters deep underground. After many years, our hero went in search of ancient caves, but once in it he fell into an underground world where the same were made monsters, here begins our story, where we have many adventures, battles, and exciting conversations. Get out of the horrible dungeon, and defeat all the monsters on his way.

Comments to Undertale on Android