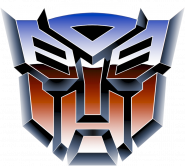 & lt;p & gt; Transformers G1: Awakening - a port of turn-based strategy for Android. In this game, you will command a squad of Autobots, using their abilities to defeat all the Decepticons, capture energy sources or a space bridge. After the war ravaged Cybertron, the Autobots went into space on the Arch, but the ship was attacked by the Decepticons. As a result, Ark crashed to Earth, where he crashed into a volcano, the eruption of which awakened the transformers from stasis after millions of years. Now the confrontation continued on the Ground.

Cache for Transformers G1: Awakening: unzip the folder to the root of the device's internal memory
- path will look like this: /glu/
- install apk, launch the game!