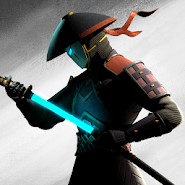 Shadow Fight 3 – series original fighting game called Shadow Fight one of the most popular on Android devices and now, after more than two years Studio developer Nekki has officially announced the continuation of the series, with players waiting is not enough good news. So according to the developers was saved only genre of game, that is fighting, they tried to preserve the characteristic atmosphere of the series, the rest of the game will receive all the new and progressive. The main difference trikvela from the previous parts will be fully three-dimensional graphics, the presence of factions, the phased control of the hero, hundreds of missions and quests, online battles. About the other details we will know very soon, because the game is scheduled for autumn this year.

19.11.2020 Version 1.23.0 is a special one; Shadow Fight 3 celebrates it's 3rd anniversary! We prepared many gifts and special activities for our players, and also a unique celebration minigame! Thank you for playing out game! Keep fighting!

Comments to Shadow Fight 3 on Android