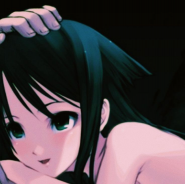 Song of Sayi - A young student Fuminori, along with all his relatives, got into a terrible car accident, where he was the only one miraculously alive. After the incident, he could not recover for a long time and continue a normal life, because absolutely everything had lost its former meaning and made him think about the future that awaits him. In the hospital, when he was still in the ward, he met a mysterious stranger, Sayya, who immediately interested him as a girl. Only after a while does he begin to realize that this is not a coincidence.

Similar on Saya no uta

Comments to Saya no uta on Android