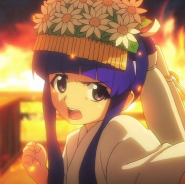 When They Cry 2- Keiichi Maebara recently moved to Hinamizawa village in 1983, but since she doesn't know anyone at the new school, she is trying to find friends. In mid-June, the famous Watanagasi festival will be held, so the girl is told about the regular murders and disappearances of people on this holiday. Locals believe that this is the "curse of Oyashiro-sama", but the main character does not believe in it and sincerely wants to find the criminal. After another body was found, the identity of which turned out to be junior high school student Ricky, for an unknown reason, the entire two thousandth population died.

Similar on When They Cry 2

Comments to When They Cry 2 on Android