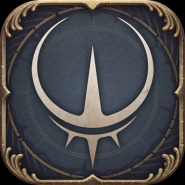 Pascal''s Wager - playing shooter in the world of dark fantasy. In ancient times, the result of a natural disaster the sun sank to the ocean floor and the world was covered with thick black fog. The locals go crazy, mysterious disease affects people. You can play as four characters, each of which has its own fighting style and skill tree. Exploring maps, open up hidden areas and enjoy a thrilling story. Along the way you'll fight with various enemies and epic bosses, and learn the truth about death.

Comments to Pascal''s Wager on iOS