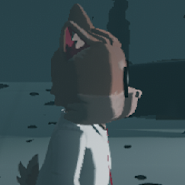 Find a way out of this situation before no one else gets hurt in this world! At one point, quite strange things began to happen: the population began to kill each other without a thought, and after their death, unknown creatures appeared. Move around the available places and in no case get into someone's eyes, otherwise there is a great chance that you will also be destroyed. Dig up as much information about the new virus as possible and find important clues to eventually figure out how to proceed.

Comments to ONLYWAY on Android