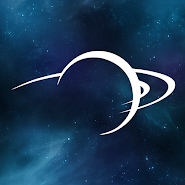 OGame - No one has yet been able to get the title of the ruler who has power over all existing galaxies, but since the battle has been going on since 2002, you still have a chance to reach the top! Develop one of the captured small planets to gain more power and strength, gaining victories in many intergalactic battles. Make profitable alliances, extract precious resources, move your own troops forward and get the desired glory in space. Get on one of the ships and get power on it: the Collector's Caterpillar, the General's Reaper or the Explorer's Trailblazer.

Comments to OGame on Android