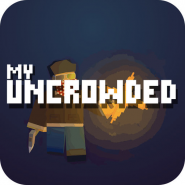 My Unturned – pixel simulation of vigilance has long captured the imagination of many gamers. My Unturned developers don't want to stay on the sidelines and decided to bite its share from the big cake with the sandbox. Pixel world with his life and infrastructure has long been associated with Minecraft, but still there are be more worthy of your attention games of this genre. In the afternoon you will compete with other living people, and at night to fight with zombies attacking you. The game has several game modes: single player, multiplayer and cooperative mode. Craft, explore a vast world, and even ride on cars.

Similar on My Unturned

Comments to My Unturned on iOS