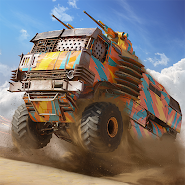 Studio developer Gaijin well-known to gamers for his military online projects in the last time "Snail" has been given no small attention, and mobile games, so just recently you guys introduced Android version of the popular automotive action Crossout. The desktop version of the game has won the recognition of players due to the almost complete freedom of action for the design and development of combat vehicles, hundreds of modules, weapons, engines, armor, transmissions and other things allow you to create a unique piece of equipment. Mobile project called Mad Driver and most of the items are not inferior to big brother, so that now the owners of devices have the opportunity to fight in postapokalipticheskomu the world. 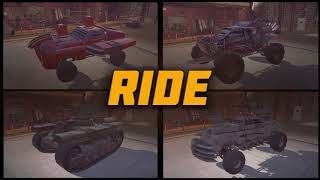 Comments to Mad Driver on Android