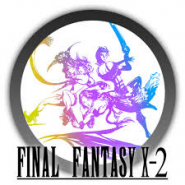 FINAL FANTASY 10-2 is a Japanese role-playing game released in 2003-2004, is a sequel to Final Fantasy_X. This is the first game (from the Final Fantasy_X series) in which the number of game characters is limited to three, and they are all girls. The combat system is based on a turn-based strategy, the feature of which is that the players take turns, and the enemy does not wait for the player to make a choice. The variety of professions, classes makes the gameplay diverse, and the abundance of costumes and equipment turns into a colorful world, into which it drags with its head.