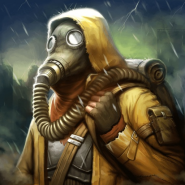 watch the exciting game for IOS where you will survive in a post nuclear apocalyptic world. This game will take you back in time to 1985, where the USSR was attacked by an invisible enemy and in a matter of days, destroyed the whole country by detonating a nuclear weapon. You are one of the few survivors after a terrible war and now you have to survive in this dangerous and broken world. The streets of many devastated towns wandering monsters and mutants and bandits who are greater danger. You will also be weary of illness, hunger, exhaustion and injuries. Explore the numerous wasteland and get a weapon and food. Try to survive in a race against death and not allow it to defeat you.