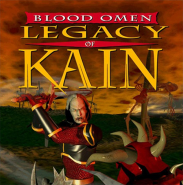 Blood Omen: Legacy of Kain Legacy Of Kain - The world of Nosgot, an inn in the kingdom, a mysterious story. It would seem that exactly what can happen in one of the most protected areas, but one day the main character woke up in the middle of the night around bandits. Then Cain dies, but suddenly wakes up in the crypt as a vampire entity. From this moment on, a real adventure begins for you, in which there will be a lot of oddities, spells, opponents, weapons and even ancient powers. Avenge the harm done to you and undeserved death!

Similar on Blood Omen: Legacy of Kain Legacy Of Kain

Comments to Blood Omen: Legacy of Kain Legacy Of Kain on PS