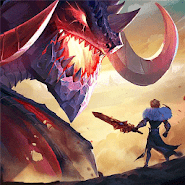 Art of Conquest strategy on Android where you fight for land and protect them from enemies. Choose your character from 18 in the game and begin the battle for land and military bases. In this game you will travel through uncharted lands to protect military bases, to strengthen the previously captured territory and to control the movement of their troops. During battles your task will be to decide what types of troops and heroes are involved in battle and when the battle starts you will be able to affect its ultimate outcome, using certain hero abilities. In the game besides the battles you will also get useful resources, applying them in business and protecting it from enemies. Play with your friends and players from around the world.

Similar on Art of Conquest

Comments to Art of Conquest on Android