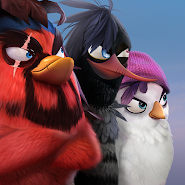 this is some time ago, the Studio Rovio released the long-awaited continuation of evil birds, but originally the game was released only for iPhone and iPad and not for all regions. And here world premiere for all gaming platforms and even though to this day there are restrictions on the countries from our sites you can already download a working version.
When creating Angry Birds Evolution, the Finnish Studio decided to make us significantly better graphics, something similar to the recently released animated film of the same name. In terms of gameplay the new project, too, has undergone many changes, overall it's still the same Angry Birds, only action at this time develop on the ground, the project has received more than 300 new characters and game mechanics got elements rolevki and strategy. 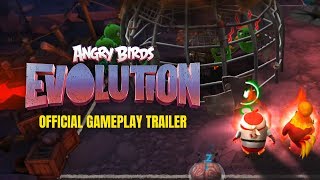 Mod menu (Activate before loading level):
- Pigs have 5 HP
- Pigs do no damage

Mod menu (Activate before loading level):
- Pigs have 5 HP
- Pigs do no damage