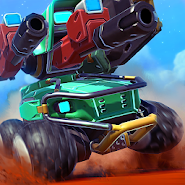 Turbo Squad: Build and Battle – a fascinating shooter for Android where you will create your own fighting vehicle and participate in PVP battles with players from around the world. In this game you will have the opportunity to create your own combat vehicle and send them into battle fighting strong opponents. Build your best car, which will be suitable for your fighting style giving it a devastating and powerful weapons. Dominate other players and prove to everyone that you're the best player. In the game you will find six types of vehicles with special abilities to choose from, individual gameplay, fully destructible part in combat and fight 5v5 with real players. 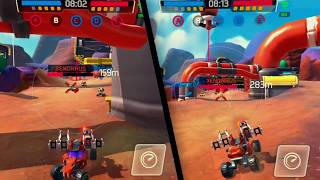 Comments to Turbo Squad: Build and Battle on Android