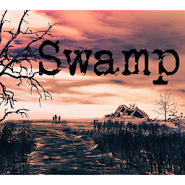 The Swamp Demo - Whether you get to the end alone or together with someone depends entirely on you and the decisions you make. Your future friend, like you, escaped from the post-apocalyptic territory called "France", as there was almost no one left and the area became a wasteland. Moving inside the body of the van to the destination, you suddenly woke up in the middle of a swamp among a dead man and a dead beetle. This beetle was not the only one where you are, so from this moment the real trials begin.

Similar on The Swamp Demo

Comments to The Swamp Demo on Android