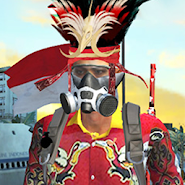 The Detachment 9 - Mobile Cover Shooter – a fascinating Shooter for Android, where you will control fighters of the special detachment of the ninth. The ninth group of a special squadron group, which was established to protect civilians from bandits and terrorists. The people who was selected in the ninth squad were distributed around the world. The troops equipped with the most modern weapons and technological equipment. In a military unit composed of various people from the military and police to civilian with a keen sense of nationalism. Control military, suck them and destroy your enemies.

Cache for The Detachment 9 - Mobile Cover Shooter: unzip the folder to /Android/obb/
- path will look like this: /Android/obb/com.bigdade.thedetachment9/
- install apk, launch the game!

Comments to The Detachment 9 - Mobile Cover Shooter on Android