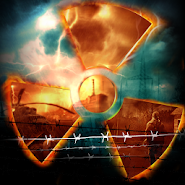 the Dark Zone - an atmospheric action game with horror elements for the events that occur on the territory abandoned after the Chernobyl disaster. Several years later, scientists decided to perform an experiment, but something went wrong and there was another tragedy. You have to go to the area research and try to find out what had happened and where the missing scientists, workers and soldiers, the whole story will have to collect literally bit by bit. It is worth noting that the game has excellent graphics, a soundtrack that perfectly captures the intended atmosphere.

15.01.2020 Added 4 story chapter!
You can also find all the text found in the main menu.
Updated graphics on all locations.
Added new weapons and items.
Multiple changes and fixes.

Cache for Темная Зона: unzip the folder to /Android/obb/
- path will look like this: /Android/obb/com.EvoGames.DarkZone/
- install apk, launch the game!

Similar on The Dark Zone

Comments to The Dark Zone on Android