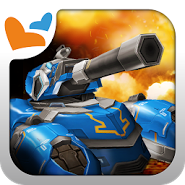 Tank Hit / Tank－battle tanks 3D game Developers offer into the distant future, which according to them will not solve the money, and the strength and power of the weapons! Fight with real players in real time, improve your technique with the crew and send your team to victory!

Comments to Tank Hit on Android