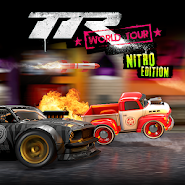 Table Top Racing: World Tour - Nitro Edition – a great racing game for Android with online and offline mode. This game can simultaneously play up to eight players and fight for the top places in the ranking. Get behind the wheel of one of 16 in the game car and participate in military races on different tracks. Master 30 in the game runs and drive at great speed overcoming all obstacles in the way. Challenge experienced players from all over the world or compete with your friends playing on the same device with a split screen. 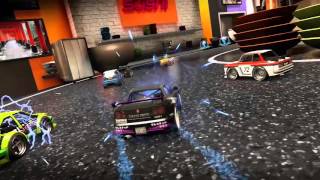 Mod menu (with a choise):

- Reduce issues with keyboards being attached and splitscreen availability. Not compatible with all keyboards.