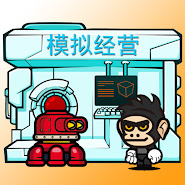 Move to your own space base, which only you can control! Explore space, gradually expanding the boundaries of what is allowed, creating new intelligent robots, fighting aliens on improved spaceships. For the development of civilization on Earth, it was decided to create a project called "Star Boss", where a special team of scientists, warriors, doctors and other people with useful knowledge will be assembled. The path will be long and eventful, as aliens will always ruin your plans.

Comments to Star Boss on Android