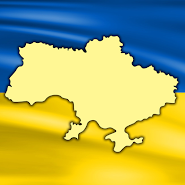 Simulator of Ukraine - head of the management of Ukraine in their hands and maximally develop this country to it in the future came out in the lead against other advanced countries. Build houses, farms or factories for obtaining population, income, and resources. Upgrade your military forces, capture the territory around, suppress insurrection, defend against attacks from enemies, and become stronger in any sense. Engage in politics, economy, development in General, armed forces and order. In any case, avoid hunger, save the people.

Similar on Simulator of Ukraine

Comments to Simulator of Ukraine on Android