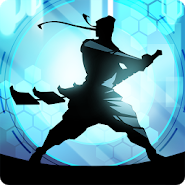 Shadow Fight 2 Special Edition – the continuation of one of the most popular mobile fighting game, the sequel got not only a new storyline, new game features and lots of brand new content, but updated graphics. Initially, the project came in Play Market as a free application, which of course imposed its own characteristics. But the developers have pleased us with the premium version of the game titled Shadow Fight 2 Special Edition which unlike free is made with a complete lack of advertising, energy, has an even wider gaming possibilities, new weapons, additional story line, and many others.