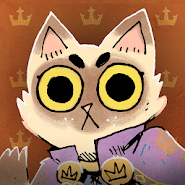 Root is a game of adventure and war in which 2 to 4 players fight for control over the vast desert. The wicked Marquis de kat seized a large forest, intending to collect his wealth. Under her reign, many of the creatures of the forest came together. This Alliance will seek to strengthen its resources and undermine the power of cats. In this effort the Alliance can enlist the support of the wandering vagrants, are able to navigate the more dangerous forest trails. Although some may sympathize with the hopes and dreams of the Alliance, these Wanderers are old enough to remember the great birds of prey that once ruled the forests. Meanwhile, on the edge of the region, proud fighting eiri found a new commander, which they hope will lead their faction to the restoration of their ancient birthright. Preparing the stage for a contest that will decide the fate of the great forest. The players themselves decide what the group will eventually catch on.

Similar on Root Board Game

Comments to Root Board Game on Android