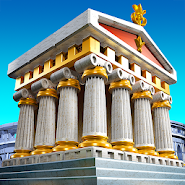 & lt;p & gt;Rise of the Roman Empire: Build a city and an empire - You can't change the past, but go to it and live those events for real! Almost no one believed in the successful prosperity of the Roman Empire, so prove how wrong they were. Take leadership into your own hands and solve any issues to improve the territory: negotiate with other countries, exchange resources profitably, develop all enterprises, go to battles, build new buildings and show the power of anger to the disobedient in front of you. Do not forget about the good people, protect them properly!

Similar on Rise of the Roman Empire: City Builder & Strategy

Comments to Rise of the Roman Empire: City Builder & Strategy on Android