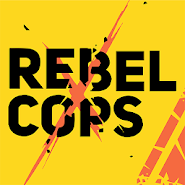 to Lead a guerrilla war against the violent crime boss Victor Zuev. He was able to capture all the major companies in the city, which he now oversees as his own private possession. At this time you have to drive the police renegades who refused to bow down to a criminal group. Little hope of success, you will fight for justice and the soul of the city. Lead a guerrilla war with a lack of personnel and weapons. Use secrecy and hiding, quietly steal up to the enemy and destroy him before he can raise the alarm. At your disposal Arsenal of non-lethal weapons and equipment, as well as tactical and special privileges that you can unlock while upgrading their rebels. It is true that sometimes violence seems inevitable, but when the time comes, don't hesitate: neither you nor criminals have no lines of health. When somebody get shot, he will quickly bleed out. 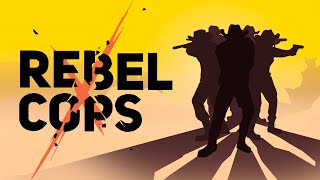 19.05.2020 Added cloud save support
Changed the sniper handling so that it should be more clear how to use him
Added shadow setting "max" for a better quality of the shadows (default setting is low though)
Other small tweaks and bug fixes

Comments to Rebel Cops on Android