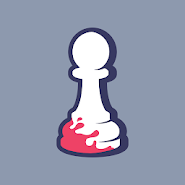 Pawnbarian: a Puzzle Roguelike - Control your own character, as if on a chessboard, in a large dungeon! Imagine that all your successful moves with figures are striking hard at monsters, and unsuccessful ones are defeat, that is, vice versa. Outwit your opponents and gradually move on to the next levels, where even smarter enemies will be waiting for you, but each of them will have its own weak spot. Improve your own cards with special abilities that can be obtained for treasures, and in turn think over further actions in advance, playing games in your mind.

Similar on Pawnbarian: a Puzzle Roguelike

Comments to Pawnbarian: a Puzzle Roguelike on Android