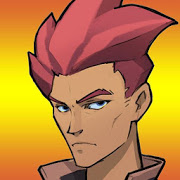 Element Arena: Collect Heroes and Battle! – dynamic action game for Android where you fight in the arena. Take part in a fast and dynamic battles which last for four minutes. In the game you can fight as you want using several playable classes and game modes. Collect and discover new characters such as surfers, magicians, ninjas, fights and others. Use magic spells, swords of ice and fire robot to defeat enemies. Check out all the game modes and challenge players from around the world. Expect updates every two weeks that would make the gameplay more interesting.

Comments to Pana Miguel on Android