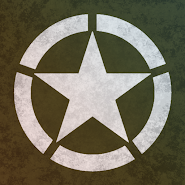 Pacific Fire – step-by-step strategy for Android that takes you to the Pacific ocean where you will recreate the events of the Second world war. In this game you will be able to control the troops of the United States, Japan, the UK, Australia, New Zealand and the Netherlands in the fight against the Japanese Empire in the period from 1941 to 1945. Complete all 12 historically accurate companies ranging from the attack on pearl Harbor to the surrender of the Empire of Japan. Take control of your battle squadron, consisting of 80 types of aircraft and control 50 types of warships to defeat the enemy. Develop your tactics of warfare and complete all game missions fighting against a strong and experienced enemy.

Comments to Pacific Fire on Android