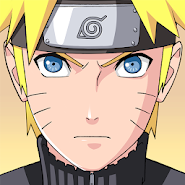 Naruto: the Slugfest - the new part of the series of role-playing fighting game about the famous comic book character, this time the developers decided to change the gameplay and diversify it with such elements as narrative insert, an open world game and multiplayer mode, so we have a real anime series with a game component. Based on the storyline the developers have taken the original story, while adding a number of new heroes and characters.

Cache for Naruto: Slugfest: unzip the folder to /Android/obb/
- path will look like this: /Android/obb/com.narutoslugfest.cubinet.android/
- install apk, launch the game!

Comments to Naruto: Slugfest on Android