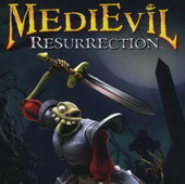 MediEvil: Resurrection – a game for PSP where you will help a knight sir Daniel to deal with all the vermin. Our knight when not distinguished by bravery and courage, but after death he became fearless and it is true that I'm afraid if you're already dead. After a long journey through the Kingdom Gallowmere from our hero in tatters and bones, but this does not prevent him to fight with many enemies and demons. The main task of our knight to find the villain of a Vow and destroy it. Travel different locations of the game, ranging from mysterious forests to castles and circus. Listen from the voice of the Genie settled in your head and communicate with the witch of Voodoo. Fight enemies using various weapons and defeated them in hard fought battles. Play with friends and players from around the world.

Comments to MediEvil: Resurrection on PSP