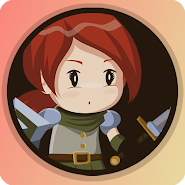 Feel like a brave knight who is able to protect a castle from the frequent raids and attacks in the game Idle Defense LF Premium. The main character is Queen Koizumi, was banished from his tribe for black magic (and she did). The fact that she remained beautiful and mysterious amulet from the ancestors which contained great power. But her tribe has banned any magic, for he considered that it encourages war. Therefore, after the expulsion she built a great castle, and later learned that the amulet gives immortality. Learned about this evil wizard Mortals, and there were all the raids. The game has levels, passing that, the complexity increases. Also, there are: improvement of the castle, mini games, levels, story, legend mode and gold coins as currency.