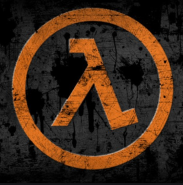 The main character of this game was in a long blackout while G-Man fully awakened Gordon Freeman and sent him to the brave rescue of the entire planet. Now the planet is at the stage of destruction, as it has been captured by aliens and they are pumping out all useful resources from it. You must fulfill your mission — to find the surviving humanity, gather your strength and gradually destroy each alien. Start acting small until you get to the most important alien, and then just seize power.

Comments to Half-Life 2 on Android