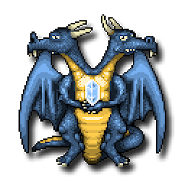 Doom & Destiny - classic Asian roleplayer, which tells about a group of "nerds" caught in the 8-bit world of Japanese fantasy. The world was under the yoke of monsters and creatures, but our heroes were able to defeat evil and restore harmony. The game has won huge popularity, so the developers, this Studio Heartbit Interactive has decided to release a sequel in which the storyline takes on even more intrigue, the project was called Doom & Destiny Advanced .
overall, the sequel is largely similar to the first part, the same turn-based battles, non-linear storyline, picturesque locations, group gameplay. Changed only the story itself, this time our heroes have to deal with a crazy businessman who dreams to take over the world. 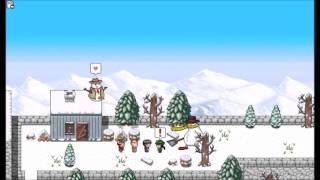 How to enable Russian language

we Pass the training and open the menu, then select -> Options -> Advanced -> Crowd Translation -> Russian.
It prompts you to turn on Russian language, just agree with everything, the game restarts itself and become Russian. If some of the words were in English, try again, or completely quit the game and turn it on again.