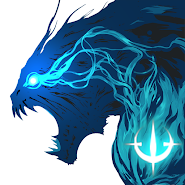 Demon Hunter: Premium - A terrible curse has fallen on the world, which has brought with it terrible demons and monsters trying to seize territories and fill them with eternal darkness. The locals have already come to terms with such a fate, so they gradually learned to live with them, but there were also those who were not indifferent to the future of citizens. Appear among ordinary mortals in the role of a demon hunter and get closer every day to a protected high tower, where the boss of all the evil spirits with which you will fight is located.