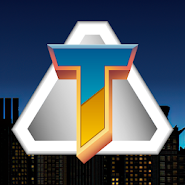 Doom series of computer games from the genre of the first person shooter game which in fact became one of the pillars of the directions. Despite the fact that Doom later got a sequel and a mass of additions, however, the first part remained the creation of a cult. And here before us an application called Delta Touch which will allow you on your mobile device to touch the classics. The developers have tried to consider not only control and gameplay elements, but adds a number of game features which will allow you to play not only in the original project, but also a lot of different mods.