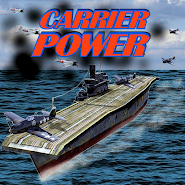 Carrier Power - Move to the Pacific War, very similar to the Second World War, and cope with any attacks from enemy planes! You will have to fight against Japanese troops all the time, using special bombs, grenades, bullets, torpedoes, your own planes and other weapons. Each battle will be unique, as the cards are constantly randomly generated, which makes it possible to quickly change strategies and prevent the enemy from moving as close to you as possible. Control an aircraft carrier, planes, ships and even infantry. 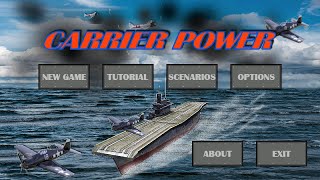 Comments to Carrier Power on Android