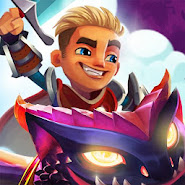 Subway Surfers but in fact adopted the parameters and characteristics of the genre in mobile platforms. Thanks to the excellent graphics and most importantly extremely addictive gameplay, and even the presence of a certain storyline, Subway Surfers has become one of the most downloaded games for iOS, Android and Windows Phone.
And here the creators of the hit decided to please his fans with a new game called Blades of Brim, which by its mechanics is reminiscent of the famous brother. However, there are a number of differences, now you don't have someone to run away, but rather the opposite. Fairytale universe were attacked by scary monsters and now you along with the rest of the heroes will release the colorful world. Running on the locations, collect bonuses and prizes, defeat monsters, jump, run, all in order to defeat the invaders. 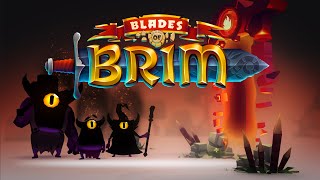 Similar on Blades of Brim

Comments to Blades of Brim on Android