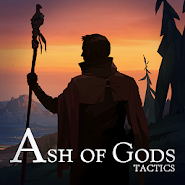 Ash of tanks rush – card strategy, where you're able to prevent the end of the world. Many years ago fell to the ground, fire star, which destroyed a prosperous country and the city and claimed thousands of lives. But mankind recovered and rebuilt the city and returned to his former life. But on the horizon there was another problem – the Harvest. The world of Terminusa on the edge of war and shed much blood if you do not intervene. Assemble your squad of soldiers, train them and suck. Find your desired artifacts and make his warriors stronger to defeat opponents on the battlefield. Create a strategy and go through lots of battles and learn to withstand Harvest. 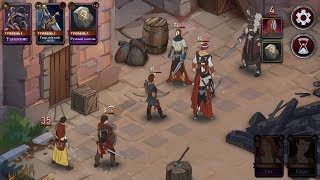 14.02.2020 PvP seasons is added. Press [?] button on PvP screen for more details.
Extra PvP season rules is added.
Cosmetic rewards for PvP seasons is added.
Mail system is added.
Deck manager is added. Click on the button "Decks" in your deckbuilder.
Now you can change you avatar, nickname and cosmetic elements. Just press on your charachter avatar in the main City screen.
Game stability improvements.

Cache for Ash of Gods: Tactics: unzip the folder to /Android/obb/
- path will look like this: /Android/obb/com.aurumdust.ashofgods/
- install apk, launch the game!

Similar on Ash of Gods: Tactics

Comments to Ash of Gods: Tactics on Android