Alien Shooter 2 - The Legend – the second part of an exciting shooter for Android, where you will fight with numerous enemies. This game combines all parts of the game where you will become a participant in the mysterious story of what happened in a secret base Magma. In this game you explore a secret base in the company of familiar characters such as General Baker, the engineer, Nicholas, a brilliant Professor and Kate Lea. Move through the base and defeat many monsters trying to unravel the mystery of their appearance. According to numerous requests of players in the game has a network mode, and now you can pass the mission with your friends and other players from around the world. 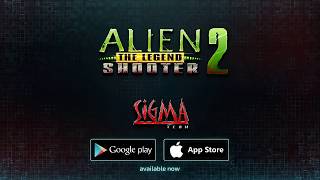 Similar on Alien Shooter 2 - The Legend

Comments to Alien Shooter 2 - The Legend on Android