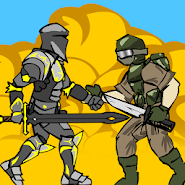 Ade of war is a military strategy in which you have to guide humanity from an ancient caveman to the era of space technology. Two opposing towers are located opposite each other (yours on the left, the enemy on the right), troops are constantly coming out of them, which are undergoing evolution and gradual improvement. The development of the tower goes in five stages. In addition to units and turrets, you have a special attack that will turn the tide of the war. 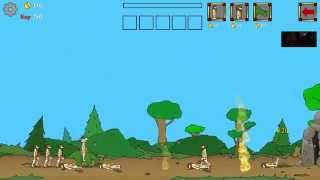 Similar on Age of War

Comments to Age of War on Android