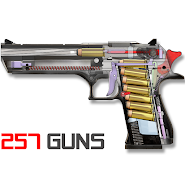 World of Guns: Gun Disassembly - the game originally released on desktop platforms and is distributed via Steam. This project has rightfully earned the title of one of the most realistic, complete and functional simulators of weapons and it is not casual, because at your disposal will be a huge number of small arms issued over the past 200 years. Thus you can not only see samples but also to shoot them at various ranges and examine the internal structure of arms, both in a static context or examine the sample in detail and in dynamics during the shot and even in slow motion. And then came the day when the project moved to the Android platform, and the developers moved to the mobile rails full game. 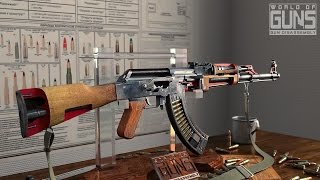 24.04.2021 Shooting Ranges has been fixed
Link to the Shop from Vote section fixed
Minor bugfixe
Files:

Comments to World of Guns: Gun Disassembly on Android